White House counsel Don McGahn must comply with a congressional subpoena seeking his testimony about President Donald Trump‘s efforts to impede the now-completed federal investigation into Russian interference in the 2016 election in the United States, a judge ruled on Monday.

McGahn, who left his post in October 2018, last May defied a subpoena from the Democratic-led House of Representatives Judiciary Committee for testimony. The subpoena was issued months before the House opened an impeachment inquiry in September into the Republican president’s actions concerning Ukraine. The committee sued McGahn in August to try to enforce the subpoena.

The Trump administration has refused to cooperate with the impeachment inquiry as well as other Democratic-led investigations and has directed current and former officials to defy subpoenas for documents and testimony. There are other legal fights over subpoenas seeking Trump’s tax and financial records. 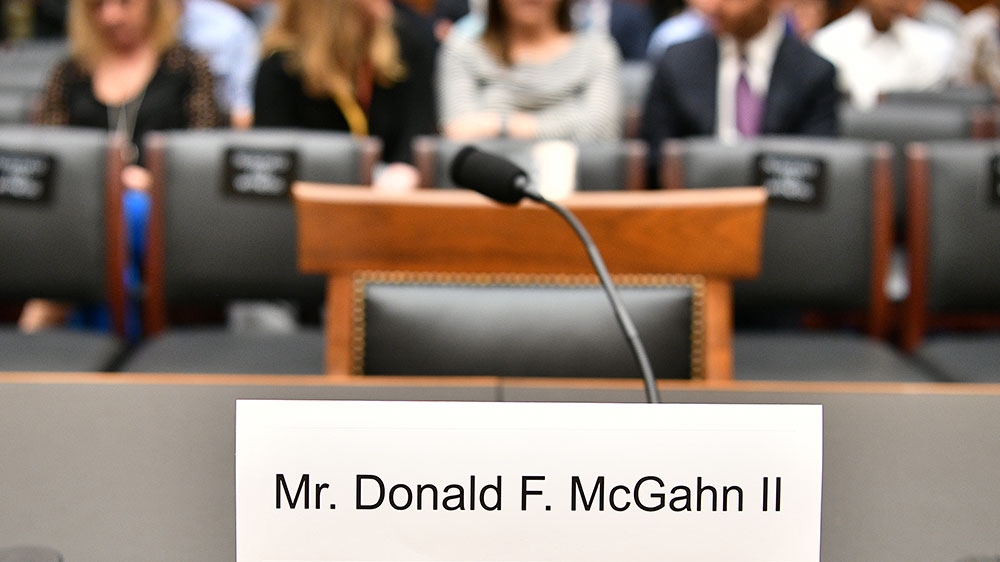 “We will appeal,” a Justice Department spokeswoman said by email.

A representative for McGahn was not immediately available to comment.

McGahn emerged as a pivotal figure in the 448-page report completed in March by former Special Counsel Robert Mueller that detailed Russian interference in the 2016 election, through a campaign of hacking and propaganda, as well as extensive contacts between Trump’s campaign and Moscow.

Mueller’s report, released in redacted form in April, revealed about 10 instances in which Trump took actions aimed at impeding the investigation. Mueller did not exonerate Trump of obstruction of justice, though Attorney General William Barr, a Trump appointee, afterwards decided that the president had not committed obstruction.

When the committee sued McGahn in August, it said it needed to speak with him to help legislators decide whether to include Trump’s actions towards the Mueller investigation as part of an impeachment inquiry.

According to the Mueller report, McGahn told Mueller’s team that Trump repeatedly instructed him to have the special counsel removed and then asked him to deny having been so instructed when word of the action emerged in news reports. McGahn did not carry out either instruction.

McGahn’s relationship with Trump was strained by events of the Mueller investigation. Trump replaced him with Pat Cipollone, who still holds the job.

Several aides and advisers to Trump were charged in the Mueller investigation. All but two pleaded guilty, while longtime adviser Roger Stone and former campaign chairman Paul Manafort were convicted by juries. Mueller said he found insufficient evidence to charge Trump with criminal conspiracy concerning Russia.

House Democratic leaders have focused their impeachment inquiry on Ukraine, but have discussed pursuing a broader count of obstruction of Congress among any articles of impeachment – formal charges – brought against Trump. McGahn’s testimony could bolster that part of their inquiry.

House passage of any articles of impeachment would lead to a trial in the Senate on whether to convict Trump and remove him from office. The Senate is controlled by Trump’s fellow Republicans, who have shown little support for removing him.

Israel's defence minister has announced the creation of seven nature reserves in the occupied West Bank as part of efforts to maintain Israeli control of the area, saying the move would strengthen Israel and further develop Jewish settlements. The sites are all located in what is known as Area C of the West Bank that…
Read more
Entertainment

“We have far less important places to be!” crows John Dolittle, a most peculiar doctor who can talk to animals, as he waltzes out of Buckingham Palace at the end of the goofy new talking-animals kid flick Dolittle, and given that the titular role is played by none other than Robert Downey Jr., a far…
Read more
Uncategorized

An early Black Friday Apple deal you don't want to miss.  (Photo: HuffPost)Black Friday and Cyber Monday are almost here, but we found a deal that’s too good to wait for. The 19th day of our 30 Days of Savings event with Walmart includes a discount on a tried and trusted iPhone. The Straight Talk Apple iPhone 6s 32GB pre-paid smartphone normally retails for $300, but…
Read more